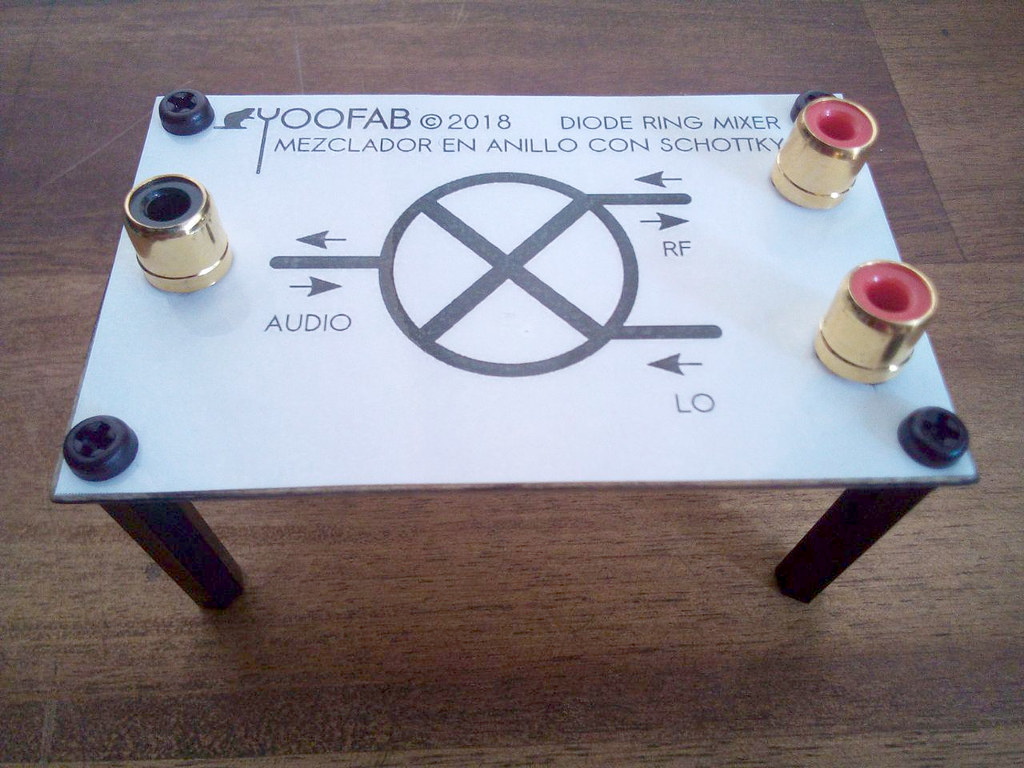 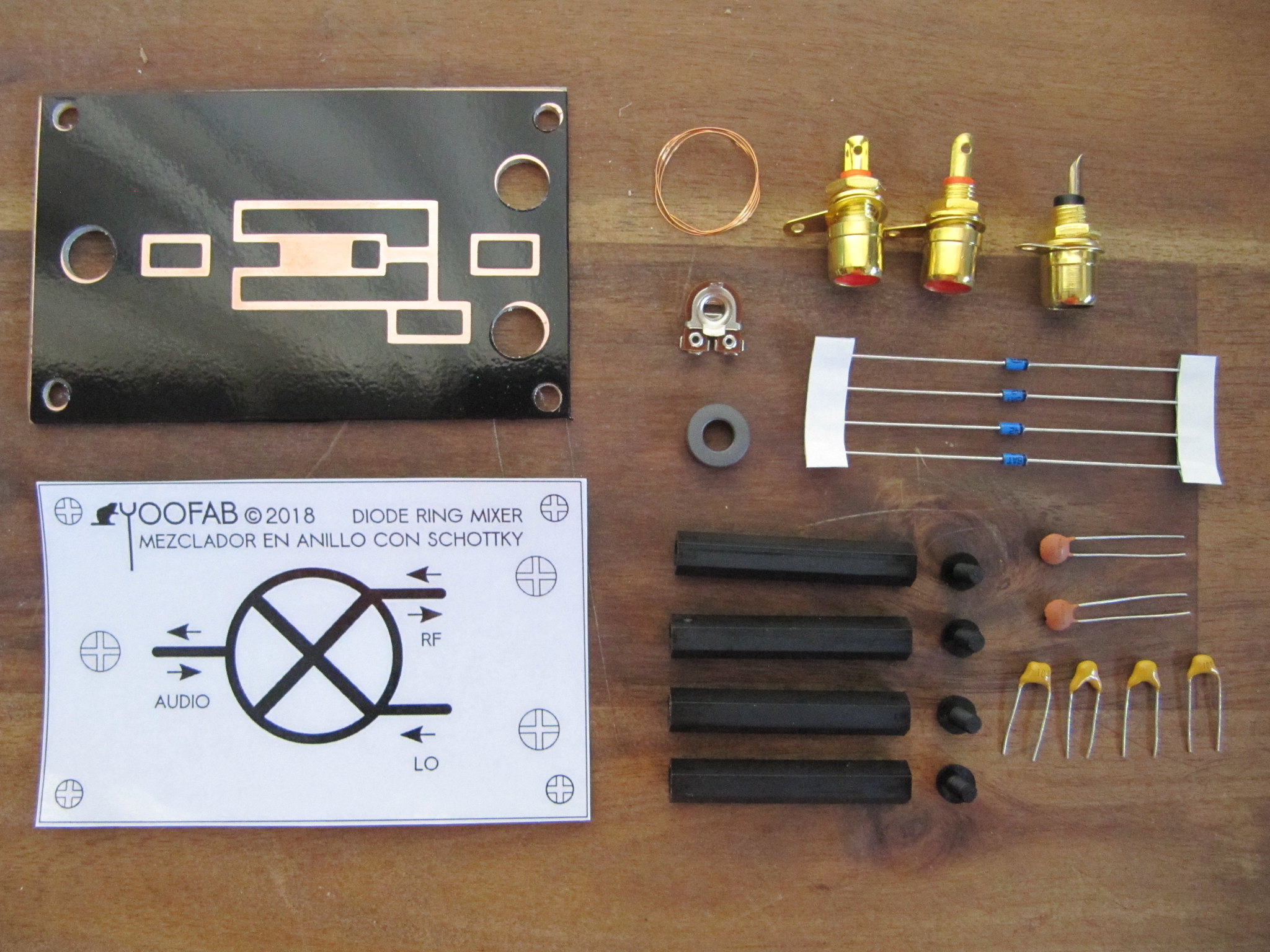 The color / style of some hardware components like pins or connectors may vary.

Warning: on the picture, the PCB hasn't been etched yet. 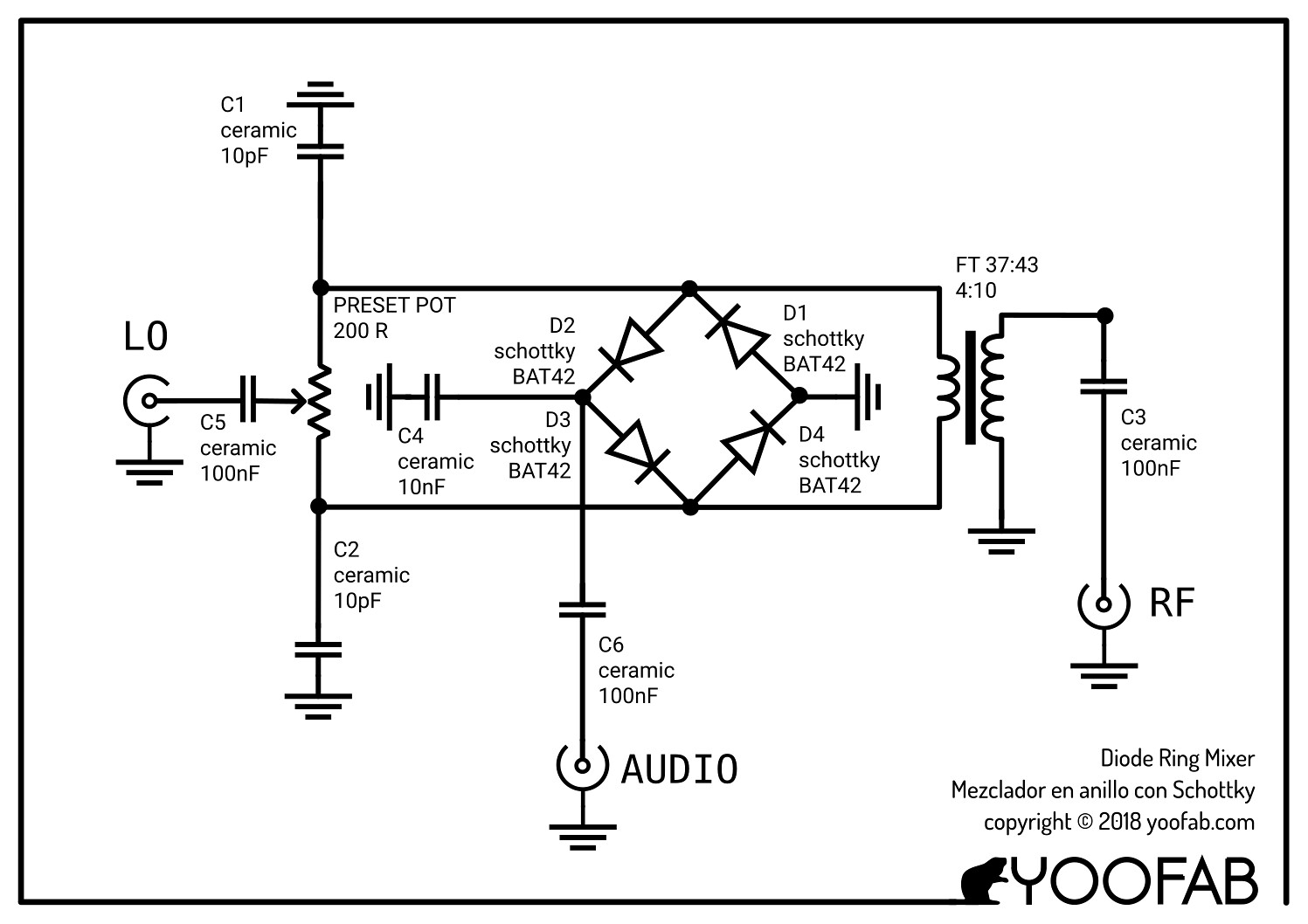 Onno - PA2OHH kindly carried-out extensive experimentation while barefoot during the ice-cold winter. His quest was to find the best ratio for the mixer-transformer. His endeavour included: 1) swapping round the transformer and 2) making a 1:1 ratio. The conclusion of this exercise was that on receive either swapping round the transformer or making a 1:1 version, marginally increases the base band output. However, when using this mixer to transmit DSB-RC, the present design is better, as otherwise a feeble modulated output is obtained. He has also suggested different values for some of the coupling capacitors, which results in a far better output on receive. His wisdom and modifications are gracefully accepted and have now been incorporated into the RFLEGO mixer kit.

This circuit takes the shape of a ring of Schottky diodes; hence the 'name' Diode Ring Mixer. The circuit is drawn similarly to a bridge rectifier, except that instead of the diodes being alternately connected cathode to cathode then anode to anode, the diodes are all connected anode to cathode.

In this design, the Local Oscillator (LO) is fed into a 200 Ω (200R) Potentiometer (POT). This is a preset type POT as it only needs setting once. The LO signal, which after passing through the 100nF capacitor, alternates between positive and negative current. This causes one pair of diodes to conduct, while the other pair are reverse-biased.

The two ends of the POT are decoupled with 10pF capacitors and the upper and lower current paths are connected to the 4 turn end of the impedance transformer. Therefore, the diodes see a DC path on both the upper and lower sides of the diode ring, which is fundamental to this circuit's operation. Note that the LO port is not intended to be bidirectional.

The Audio in/ out port is the junction of the 100nF capacitor and the 10nF capacitor that goes to ground from the diode ring. When used within a receiver configuration, audio appears at this port, which may be fed into the YooFab headphone amplifier or other sensitive amplifier. 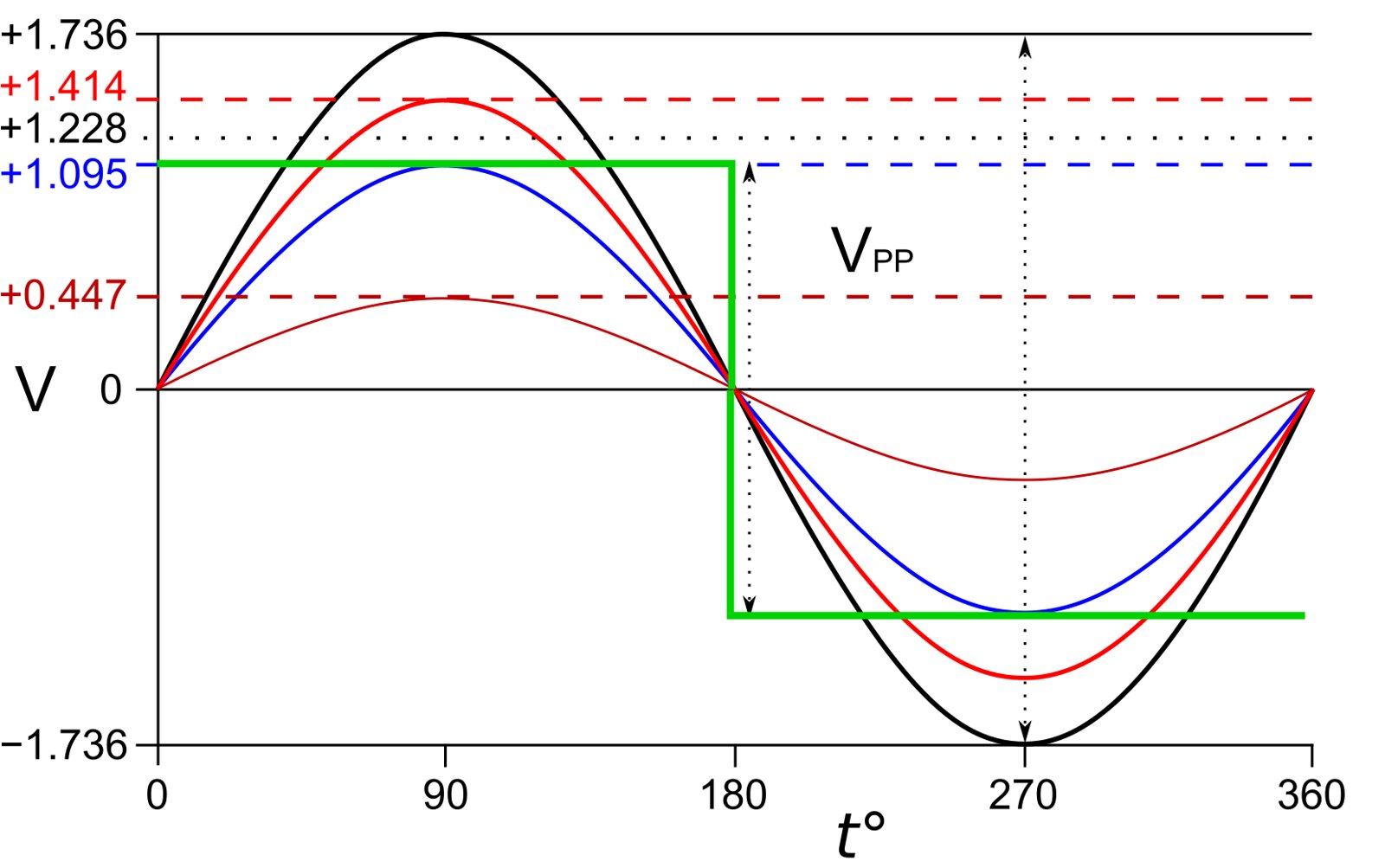 Signals at the RF port#

Here we look at signals that may be produced at the RF output port of this mixer.

Both the Audio and the RF ports are bidirectional, such that signals may be produced or injected in or out of these ports.

If you are interested in this kit, send an email to: