The Amazing arduino story, which was based upon ATMEL, a rival company that eventually merged with or was bought out by MICROCHIP! 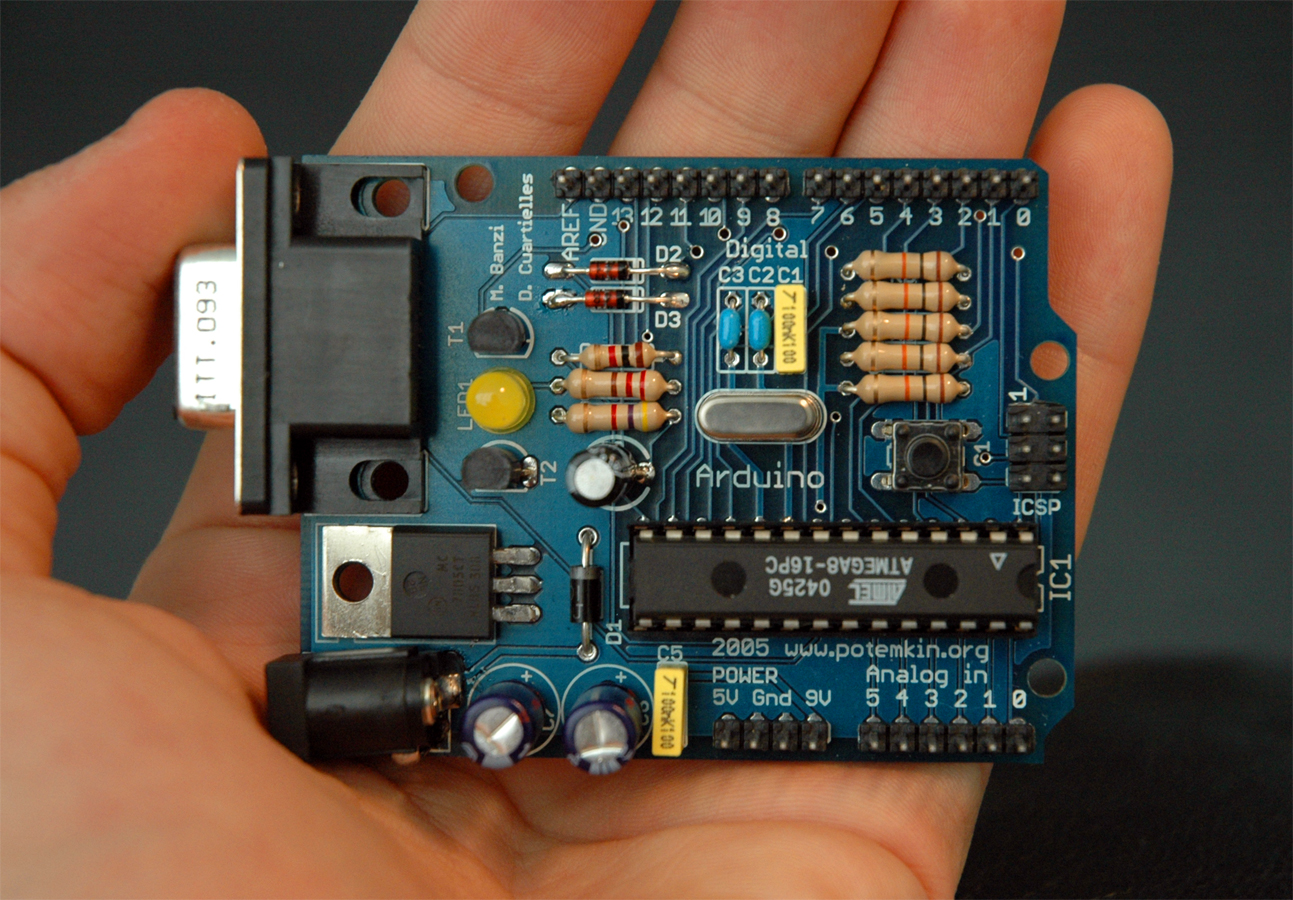 This is now a museum piece! Its no longer commercially available nor in production.

This was the arduino back in the early days of 2005! Not much has actually changed in terms of the hardware apart from the replacement fo the now obsolete Rs232 serial interface with a more useful USB; the speed of the processor has increased.

The key changes are:

One of the good things about the older non surface mounted arduino boards that carried a DIL (dual in line) package, was that these boards were useful for blowing an atmega chip and then using this in another board.

Every day more and more chips are moving toward surface mount. This is just about acceptable, so long as we can still solder them, but the QFN chips are lead-less wonders and some of these are less than a mm wide!

I cannot even see these things properly never mind the idea of soldering them!

There is a comprehensive list of Arduino and Arduino compatible boards on This Wikipedia Page .

It is worth noting that the most up-to-date versions of this including the low cost Chinese versions use only surface mount components.

It was considered an advantage to be able to program the ATMEGA chip while it was on board, so that you could use the chip in another circuit. However, this was not really satisfactory as the socket is not ZIF and so there is a risk of damaging the pins and the socket with repeated use.

There are extremely low cost versions of this board on the market. The end user price is comparable with the through hole version of the ATMEGA328